Orange Is the New Black Wiki
Register
Don't have an account?
Sign In
Advertisement
in: Under Construction, Animals, Season 1 Characters, Season 3 Characters

"There are no chickens around here, except for one. They say she lived on a farm near here. Till one night... the night before all the other chickens were slaughtered she escaped. She's been out there ever since... living of the land. Living on her wits."
— Gina Murphy

The Chicken is an urban myth among the inmates of Litchfield Penitentiary. Apparently, there are no more chickens in the area surrounding the prison, save for one that escaped when the rest of the chickens were being slaughtered. It would apparently be virtually impossible for the chicken to come to their land because of the tall, barbed wire fences surrounding the property. It is rumoured to have magical abilities.

Only a few have ever truly seen it, including Piper Chapman and Joe Caputo, and when they do, no one else ever manages to see it. Others have attributed its existence and claimed spotting to lies or made-up hallucinations from crackheads, though the passionate cook Red has claimed that the chicken haunts her in her dreams.

For a while after Piper spotted the chicken in passing in "The Chickening", not knowing its significance. Upon her mentioning it, a hunt for the chicken was conducted, though many inmates were still disbelieving. Red's Family looked for the chicken to simply be cooked, prepared, and eaten; the Spanish Harlem inmates conducted their own hunt, believing that the others were after the chicken because it had drugs in it worth thousands of dollars; and the Black Girls thought it had candy. Ultimately, none of the others found the chicken and got everyone in trouble after they were caught running in the yard. Piper saw it once again after and attempted to catch it, but the chicken had been too fast and was on the other side of the fence by the time she caught up to it.

In “Empathy is a Boner Killer”, it can be seen (though blurry) and heard clucking in the background while Caputo is addressing Ford and the other CO’s about Luschek and Nicky’s drugs.

When Caputo and CO Scott O'Neill are walking around the perimeter of the prison in "Don't Make Me Come Back There", O'Neill starts to urinate on the fence. Caputo then sees the chicken and tries to get O'Neill's attention, but by the time he has turned around the chicken has disappeared. The two then find a hole in the fence, along with Chang's oranges.

In "Baker's Dozen ", Suzanne and Lolly are counting the chickens. There are supposed to be 12 but they count 13. The Chicken had appeared, Suzanne first calling it a "foreign chicken", but then remembering that it is the chicken from Lichfield, calling it a "special chicken". Lolly wants to tell the CO, saying that she reveals conspiracies rather than participating in them. However, Suzanne convinces her to leave the chicken be. 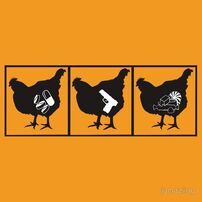 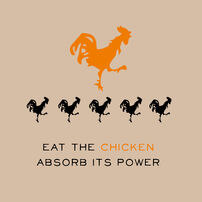 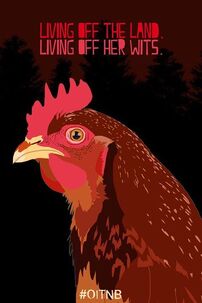 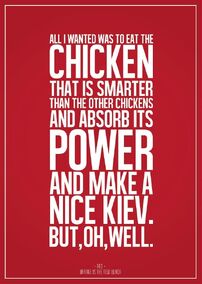