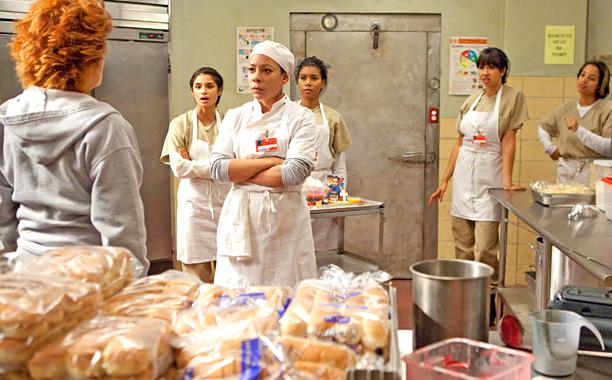 The Spanish Harlem is the informal name given to the group of Latina women who reside in Cell Block C at Litchfield Penitentiary (Minimum Security), named after an area of New York City with mostly Latino residents. Starting in Season Four, Dominicans outnumber other ethnicities. There are also Cubans, Colombians, and Puerto Ricans. With the end of the riot in Litchfield and the transfer of all inmates to either Maximum Security or FDC Cleveland, Spanish Harlem is currently inactive.

Retrieved from "https://orange-is-the-new-black.fandom.com/wiki/Spanish_Harlem?oldid=67122"
Community content is available under CC-BY-SA unless otherwise noted.