Orange Is the New Black Wiki
Register
Don't have an account?
Sign In
Advertisement
in: Under Construction, Season 1 Characters, Season 2 Characters, Civilians

"Take a Break From Your
Values"

Pete had a child with Polly before she decided to get a divorce. He seems to be quite immature and unable to handle the idea of having a child, as evidenced by his deciding to go to Alaska for a month soon after Finn's birth, leaving Polly alone to cope with a newborn.

This leads to Larry becoming closer to Polly in Pete's absence, which results in their developing of feelings for each other, an attraction that ultimately becomes physical. When they confessed to having fallen for each other, Pete punched Larry in the face. Polly seems unconcerned and says that it was just to affirm his "manhood" and that he is probably elated that he has been 'let off the hook'. 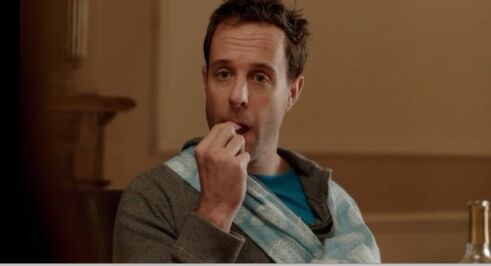