Orange Is the New Black Wiki
Register
Don't have an account?
Sign In
Advertisement
in: Season 1 Characters, Season 2 Characters, Civilians,
and 3 more

"Here's Where We Get Off"
Larry Abraham Bloom is portrayed by Jason Biggs and was a main character during the first two seasons when he was engaged to Piper Chapman. Although he took a position mostly in the centre stage of the first season, his importance died off in Season Two and eventually stopped appearing until a flashback in Season Five ("Tattoo You") getting a tattoo of the Kool-Aid Man on his buttocks.

Larry initially comes across as a very loving and devoted partner for Piper, proposing marriage to her before her sentence and promising to wait for her. As the series progresses, Larry's egotistically selfish character is revealed repeatedly as he does things without considering the backlash he causes; only considering what he can gain out of it. He also is seen to have a vengeful attitude at times.

The season starts with Larry and Pete Harper, standing over a "guilt" pig-roasting box as they prepare Piper's last meal before her entry into prison. After the meal, Piper and Larry are in bed and they decide that they "gotta do it," once more, to make some memories. Beforehand Piper needs to pee, and as she gets up to go to the bathroom Larry says she looks beautiful. On her return she says he looks beautiful too and they have sex.

The next day Larry drives Piper out to the Litchfield Corrections Facility for her self-surrender. The two sit in the car for a moment and she hands her engagement ring back, saying she can't take it with her. Larry tries to put the ring in his pocket, which upsets Piper, but the two reconcile quickly. As they wait for the COs to take Piper back there's a flashback of Larry and Piper sitting in her parents' house telling her family about her crazy post-college adventures with Alex Vause and that she was going to jail as a result. Piper's father questions Larry on his knowledge and he tells him he didn't know beforehand either. In the present day, they wait for a few hours before the COs finally take Piper in, and Larry promises to have her commissary ready in order for her to buy whatever she needed in prison as soon as he could.

After Piper is taken back there's another flashback of Piper and Larry at the beach. They have a brief conversation about what she plans on doing in prison when Larry proposes. He gives her his Great-aunt Marcia's ring. After she says yes, Larry revels that he filmed the whole proposal.

Later in the first episode, a flashback shows Larry and Piper sitting in their bedroom. Larry has just discovered Piper's past. Larry is clearly upset, but comforts Piper when she begins to cry. She tells him to break-up with her. He says he's not going to and that they will deal with it. Larry calls his dad, Howard Bloom, who is a lawyer, to represent Piper.

When she's able to, Piper calls Larry on her first day and tells him all about it. He tries to calm her and and tells her that she is strong and that she can do it. He reminds her that it's all temporary and that she loves adventure. He agrees to see her the coming Friday.

When Larry goes to visit it seems like the COs are messing with him. He goes up to the counter and when he tells the officer behind the desk, Wanda Bell, that he should be on the list she says he isn't on the list, but then notices it's the list from the previous week. She's in no hurry to get the list and tells Larry to have a seat while she sorts it out.

One day, Piper called Larry and asked him if Alex, Piper's ex-girlfriend, had named her and was the reason for her arrest. His father searched his files and found out that Vause did, in fact, name Piper as a suspect. Larry was insisting on telling his fiancée, but after seeing her on the brink of going crazy, he decided to keep this knowledge a secret.

With Piper gone, Larry took it upon himself to live his life the way he wanted. He began writing more and spent a lot of time masturbating, as he still felt faithful to Chapman. She would often confide in Larry about the drama going on in the prison, and he soon wrote an article about it titled, "One Sentence, Two Prisoners." Sam Healy , who became jealous of Chapman's new-found fame, called Larry and told him that Piper and Vause had had a lesbian affair (which was untrue at the time, although Piper and Alex did start having an affair soon after). This left him heartbroken and confused about his feelings toward Piper. He later went on a radio talk show and spoke about the inmates, which caused more drama within the prison.

After Bloom and Chapman spoke on the phone, he revealed that he had lied to her and that Alex had named her as a suspect, and mutually decided to end their engagement.

After breaking up with Chapman, Larry became lost and spent a lot of time with Pete and his wife, Piper's best friend Polly Harper, who had recently given birth. One day he had gone to see her and the baby, and found out that Pete had gone on a month-long trip to the north. He stayed with Polly numerous times and were even mistaken by an older woman to be married themselves. Soon after, they ended up having sex in Larry and Piper's home. When Piper was released for two days for furlough after her grandmother passed away, she attempted to have sex with Larry, but instead, he ended up confiding about having sex with someone she knew. Later on, Polly and Larry decided to stay together and told Pete. Piper soon discovered that Polly was the one whom Larry was seeing. The two later visited her in prison to ask for her blessing.

Larry is seen in a flashback getting a tattoo of the Kool-Aid man with Piper.

Larry is seen in a flashback on his parents beach house, chasing Piper on the beach. They then have sex in the shower. Later on in the season in episode "The Thirteenth" Piper is seen calling Larry and Polly, They agree to a dinner date. Piper shows up and Zelda along to break the awkwardness. During the dinner Larry orders wine Polly rejects the wine. Larry and Polly announce they are expecting another baby. 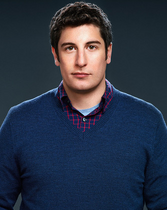