Orange Is the New Black Wiki
Register
Don't have an account?
Sign In
Advertisement
in: Under Construction, MAX inmates, Season 6 Characters,
and 4 more

Procuring and Pandering
Accessory to Murder

"Who Knows Better Than I"

"Beginning of the End"

"State of the Uterus"

Dominga "Daddy" Duarte was an inmate at Litchfield Penitentiary and a follower of Barbara Denning. She is portrayed by Vicci Martinez.

Daddy appears to be outgoing, kind and generous to those they cares about. She is a smooth talker and always makes her girls happy. She is confident, flirty and not afraid to admit to whom she finds attractive. She is Barb's right-hand woman and shows a deep sense of respect for the older women. However, Daddy seemingly uses drugs to suppress Barb when she is worried about Daddy's efforts. She also seemingly uses the drugs to gain power as many of their "babes" is addicted to oxycontin.

In her flashbacks, it is shown that she is attracted to women. While showing a macho bravado on the outside to fellow inmates, Daddy has shown herself to be quite vulnerable and scared in private.

Daddy is rather short compared to the other inmates. She is tanned, with dark/blonde and short hair with almost white ends. She dresses and acts masculine, both in and out of prison. In her flashbacks, she had black hair (sometimes tinted blue) with shaved sides and dressed in smart, expensive clothing hinting that she had a certain degree of wealth.

Daddy's flashbacks is revealed in "State of the Uterus", and it's apparent that she didn't always keep the best company. The flashbacks outline a long list of sketchy acquaintances; rich, mysterious men who throw parties where drugs run rampant, and who is willing to shower young women in money in exchange for their company. Daddy seems to have been an accomplice of sorts, sending women into the men's waiting arms and putting them at ease. The power dynamics of this arrangement is definitely morally ambiguous..

Daddy wanders into one of the men's rooms after a night of partying to find a woman dead in his bed. He claims it was an accident, but as he explains the situation, it becomes more and more clear that there were sinister motivations at play. Instead of going to the police, Daddy helps cover it up and escape before anybody finds out, and then continues to set women up with him even after she knows that it could end terribly for the girls she is befriending.

One girl, in particular, seems to have a special place in Daddy's heart; Amber.

When her boss discovers where she lives and asks to take Amber, Daddy is hesitant but agrees. As the last flashback closes, Daddy seems trapped in a cycle that she isn't too thrilled with but can't escape, and it can be assumed that this lifestyle is what eventually lands her in jail ("State of the Uterus").

Daddy becomes Barb's second-in-command within Litchfield's maximum security prison and does her share of underhanded drug running and sneaking by prison rules. Daddy is directly involved in the animosity that exists between Barb and Carol, the leader of the other cell block and Barb's sister, and bullies the rival inmates regularly. She is shown to be very popular with other female inmates, and commands a high level of respect from those around her.

Daddy develops a soft spot for Daya as soon as they meet. Daddy flirts with Daya and begins to give her Oxycontin out of sympathy after she learns that the guards have been giving Daya regular beatings for her role in a guard's death. As the prank wars between C and D Block escalate, Daddy has an idea to place rats in the cheese packing room of the prison, causing the loss of D-Block jobs and the cheese company to withdraw their business. This backfired for her, as unbeknownst to them this was CO Hellman's method of bringing drugs into the prison. Despite apologizing, she was told that D-Block would now be cut out of any further imports.

This caused her fellow inmates to become irritable and restless, and even Daya began stealing Oxycontin from Barb's secret stash after becoming addicted to the high it provided. Fearing for her life and scared of becoming useless to Barb, Daddy begs Daya to find another way to bring drugs back into D-Block. After an unsuccessful attempt at getting a female CO to smuggle drugs in her under-boob, Daddy appeals to Daya once again. Daya makes a deal with Blanca, but is caught - although luckily saved some pills. She states they'll get rivals Charlene Teng and Marie Brock beat up.

Daddy gives Barbara bath salts, which she states has sent four girls to psych before, to buy themselves some time. Daya gets in touch with her mother, Aleida, who agreed to help smuggle in drugs using her relationship with CO Hopper and her business of selling nutritious weight loss powder. Aleida glues the drugs into the underside of the tub, and Hopper brings it through security. Daddy and Daya then pick up the disposed tub from the trash, extract the drugs, and distribute them. This becomes lucrative for everyone involved, and Daddy enjoys privileges from other inmates and is left alone by CO's. She discourages Daya after Daya wants to expand the drug network.

Daddy is seen planning how to kill Carol with Barb and Annalisa Damiva; she resents Nicky being welcomed into Barb's inner circle. At the end of the season, Daddy can be seen planning the gang war with Barb, going as far as recruiting Ruiz into the D-Block ranks. When the day of the kickball match arrives, Daddy is eager to dispense violence upon the C-Block inmates. After Zirconia tells Maria that Piper (who was the captain of the C-Block team) has been released, Daya says that's good for her. Daddy scolds her and reminds everyone that Piper is the reason they're out there playing kickball. However, when both Barb and Carol fail to show up to the match, and the other inmates begin simply having fun and playing the game, Daddy joins in, the gang war becoming a distant memory for all of them.

Daddy begins trying to catch new customers, noticing a withdrawing and desperate new inmate, Tali Grapes, in the process. Daya thinks that Daddy likes Tali and is jealous. Daya later catches Daddy having sex with Annalisa; although Daddy says it is strictly "business", Annalisa smirks at Daya. Daddy states to Daya that she needs to do this so Annalisa works for them, not against them. Daya, feeling betrayed, spikes Daddy's drink to get revenge; this results in Daddy unintentionally dying from a drug overdose, Tina Swope finds Daddy as she is dying. Although remorseful, Daya ultimately uses this to gain control of D-Block and does not seem to mourn Daddy for long. 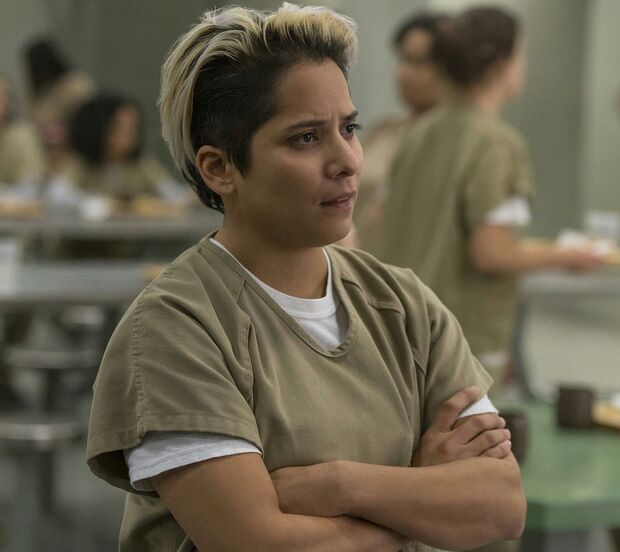 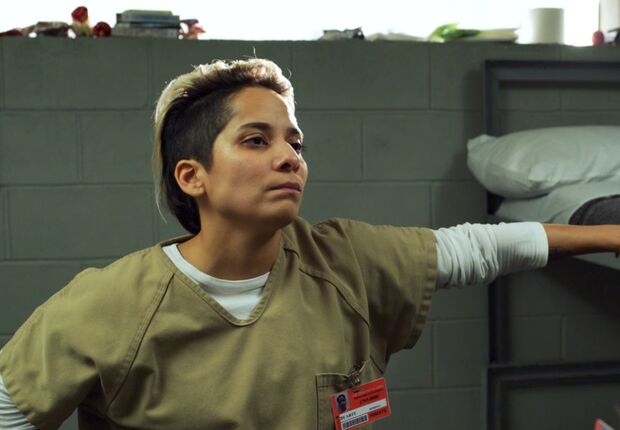 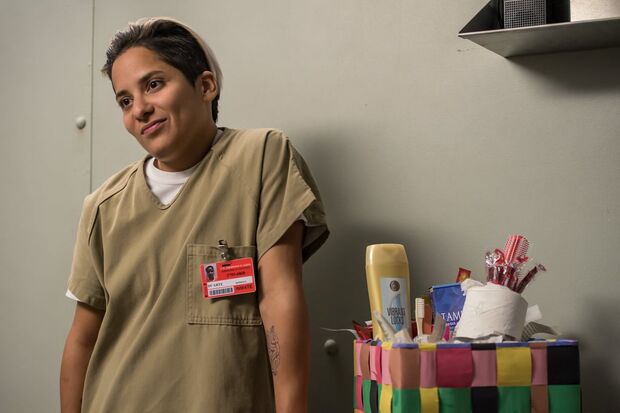 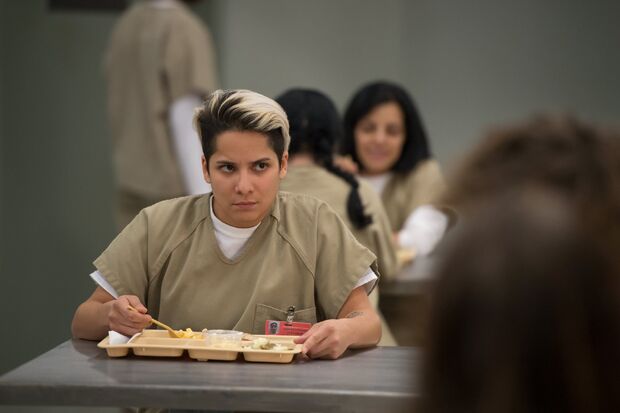