Baxter "Gerber" Bayley is a Corrections Officer at Litchfield Penitentiary, who is responsible for the death of Poussey Washington and one among the many correctional officers hired by Caputo due to a staff shortage in Season Three.  He is portrayed by Alan Aisenberg.

He is nicknamed "Gerber" by Alex upon first seeing him due to his young age.

Bayley is a naive and awkward young man. Having just turned 21, he is very immature and inexperienced, which allows the inmates to take advantage of him. Unlike most guards, Bayley doesn't find pleasure in torturing the inmates.

Bayley is a young CO with short brown hair. He has clear skin and small, dark eyes. He has a high forehead and wears either his CO uniform or sweats. It was discussed/joked by Alex Vause that Bayley's penis looked like a chicken neck. He is rather tall at 6 foot 1 inches.

For a list of episodes featuring Bayley's flashbacks, see here.

Before Litchfield, Bayley is shown as a rebelling teenager doing numerous things revolving around the prison. He is shown being arrested with friends for being on the prison's water tower drinking, but later being let go. He is also shown throwing eggs at inmates picking up garbage, including Frieda Berlin.

He had a job at an ice cream stand, but was fired after giving all the girls he found cute free ice cream and costing the owner a lot of money in the process. He didn't seem to understand why he was being fired, showing an immature attitude.

On one of his first days on the job, he overreacted when two inmates started arguing over an Uno game and pepper-sprayed them before accidentally spraying himself and Donaldson when Donaldson attempted to stop him.

At the end of the third season, he is shown running for help when all of the inmates are leaving the prison to swim in the lake and most of the other guards have left for the strike.

Bayley becomes increasingly uncomfortable with what he knows are heinous human rights violations in the prison. Caputo tells Bayley to leave Litchfield Prison because Caputo doesn't want Bayley's innocence and good heart to be corrupted. After the inmates stage a protest against mistreatment by guards by standing on tables, Bayley is ordered to take Suzanne Warren to psych by Piscatella. Poussey attempts to calm Warren, but is pulled down by Bayley who kneels on top of her, intending only to follow orders. Warren notices that Bailey is hurting Poussey and attempts to help Poussey but as a result gets toted off by Piscatella. Bayley then realizes that he unknowingly suffocated Poussey, resulting in her death. Bayley is distraught after the accidental homicide, and is put on leave by Caputo. He resumes working at his father's pet grooming business, but clearly feels guilty for killing an inmate.

After the death of Poussey Washington, Bayley starts helping at his father's pet grooming business. He is remorseful for his actions and is seeking some form of punishment. The people around him continually offer sympathy he feels is undeserved. Bayley starts drinking and tries to turn himself in to the authorities. They refuse, assuming he's talking nonsense, and allow him to sober up in a cell overnight. Bayley tries to commit suicide by drinking dye but it turns out to be non-lethal. He later visits former COs Wanda Bell and Scott O'Neill to ask for advice, but they too only offer shallow life affirmations. Bayley visits General James P. Washington, Poussey's father. Bayley initially tries to apologize and ask for punishment, but Washington refuses. He explains Bayley deserves his misery and hopes he never finds peace. A distraught Bayley leaves in tears. After talking with a bartender at the bus station about what it'd be like to walk away from one's life and never look back, Bayley decides against taking the bus back to Litchfield, and leaves the bus station for parts unknown. In Poussey's flashback, when she leaves her friends and realises her phone has been stolen, Bayley is seen to walk past her with friends. 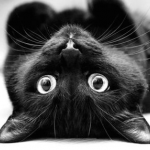 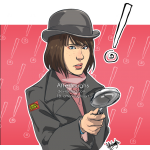 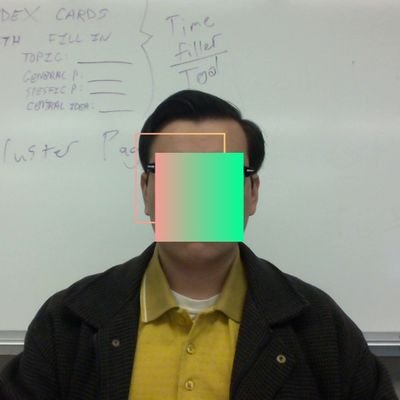